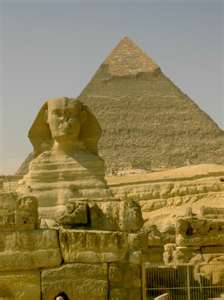 Joseph was thrown into prison by Potiphar. His feet were chained in irons and his neck was enclosed in an iron ring. This was no ordinary prison but a prison where the king’s prisoners were confined. It was a high security prison for spies or those who had offended the king or his officials, like Potiphar.

So Joseph was removed from all contact with the outside world. He did not know whether he would be executed or remain there for life. The charge against him was very serious indeed. But the jailor found Joseph to be a fine young man who believed in one God. He trusted him with many small tasks in the jailhouse. Then, when he found that Joseph was completely trustworthy he placed him in charge of all the other prisoners.

It came to pass that two other prisoners landed in prison, one, the king’s chief cup bearer and the other the king’s chief baker. Joseph was put in charge of them. After they had been in Joseph’s care for some time, the chief cup bearer and the chief baker, each had a dream the same night, and each dream had a meaning of its own. When Joseph came to attend them in the morning they both looked very downcast. Joseph asked them why they were so sad.

‘We have both had a dream,’ they said, ‘ but there is no one to interpret them.’

So, cheered up by Joseph, they told him their dreams. The chief cup bearer said,

‘In my dream I saw a grapevine in front of me and the grape vine were three branches. As soon as they budded there came clusters of grapes on them. Pharaoh’s cup was in my hand and I tool the grapes and squeezed them into Pharaoh’s cup and put the cup in his hand..

‘This is what it means,’ Joseph said. ‘The three branches are three days. Within three days Pharaoh will lift up your head and restore you to your position. But when you are released show me kindness and mention me to Pharaoh for I have been put in prison and I have done nothing wrong.’ (Genesis 40:16)
The chief baker was encouraged by this favourable interpretation so he told Joseph his dream. In my dream, on my head were three baskets of bread. In the top basket were all kinds of baked goods for Pharaoh but the birds were eating them out of the basket.’

‘This is what it means,’ Joseph said. ‘The three baskets are three days. In three days Pharaoh will lift off your head and hand you on a tree and the birds will eat away your flesh. (Genesis 40:18-19) As it so happened in three days time it was Pharaoh’s birthday. He forgave the chief cup bearer and restored him to his position but the chief baker was executed and hung on a tree. The chief cup bearer forgot all about Joseph and so Joseph remained lock up in prison.

Question 1 What made the jailor trust Joseph?

Question 2 What did Joseph say to the chief cup bearer and the chief baker when he found them downcast because there was no one to interpret their dreams.